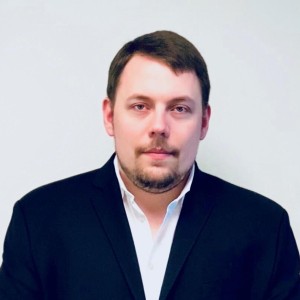 One of the major hurdles in taking a harder line against Palestinian terrorism, rejectionism and intransigence in recent years has been the inability or unwillingness of Israeli political leaders to stand up to the security administration.

In a functioning democracy, it is the democratically elected officials who decide policy, while being advised and presented with options by the professional bureaucrats in any particular field.

However, because of Israel’s genuine and constant security threats and challenges, leaders of the IDF, Shin Bet and Mossad have acquired outsized weight in decision-making.

A number of years ago, at a conference at the Begin-Sadat Center for Strategic Studies, Middle East Forum President Daniel Pipes challenged his copanelist, former Coordinator of Government Activities in the Territories (COGAT) Eitan Dangot, to name one situation during his many years of service where the government overruled security leaders on a major decision.

Dangot was unable to name such a situation.

That is why it was so pleasing to see the recent decision by the Israeli Security Cabinet to finally enact a law requiring the government to deduct annually the amount the Palestinian Authority pays out to convicted terrorists from the taxes and tariffs Israel collects for the authority. The law was passed in the Knesset in 2018, but up until recently was never put into effect.

According to reports in the Israeli media, the Security Cabinet’s approval to seize nearly NIS 600 million ($183 million) was made despite opposition from the IDF and the Shin Bet.

Dangot’s successor, Major-General Ghassan Alian, presented his opinion to the Security Cabinet claiming that the Palestinian Authority was in such economic dire straits that this was not the time to withhold any funds.

Some of the ministers reportedly accepted this recommendation, but nonetheless the majority voted to approve the offset.

This is an important moment.

For far too many years, the Israeli defense establishment has come to the rescue of the Palestinian Authority, arguing against taking any steps against it, despite its support and funding for terror.

Meanwhile, the Palestinian Authority understands it can continue its violent rejectionism with little or no cost.

Of course, Israeli officials have publicly argued against the “Pay for Slay” policy, Palestinian incitement and support for terror, but without any particular concrete action, nothing will change.

Palestinian leaders must understand that there are consequences for their actions; ignoring this is self-defeating.

It is clear that Israel’s current policy of burying its head in the sand for fear of making the situation worse has failed. The Palestinian leaders have pushed further and further away from peace and the security situation is constantly volatile, as we have seen in recent months.

The offset of funds provided to Palestinian terrorists from the taxes Israel collects for the Palestinian Authority is an important decision because it breaks the paradigm of the political level being beholden to the security professionals.

However, in of itself, this decision will not break the will of Palestinian leaders to continue their century-old war against Jewish sovereignty in the Land of Israel.

The Israeli government must ensure that Palestinian leaders receive the message loud and clear that their actions will have consequences. Other pressure points should be utilized to ensure that a Palestinian leadership comes forward and understand that the war is over, that violent rejectionism has been defeated.

Such a reality is vital, not just for Israel, but also for the long-suffering Palestinian people, because it will free their leaders from the economy of terror and greater funds can be allotted to social, educational and health programs which are desperately needed.

It is a win-win situation for both Israelis and Palestinians, even if the latter will have to go through what Pipes calls the bitter crucible of defeat to get there.

Peace will arrive when there is an absence of war, not the incentivization of bad behavior as has occurred until now.

Decades of threats from the Palestinian leadership and the acquiescence of Israeli military officials have left the security situation deteriorating and peace more elusive than ever.

This new government can perhaps achieve something that no previous coalition could: it can make hard-nosed decisions that might fly in the face of the flawed logic presented by security officials, but will not allow the status quo to persist. It can try to break Palestinian intransigence and violent rejectionism, and hopefully bring us closer to the end of the conflict and peace.

Posted from The Middle East Forum

The recent prison break of arch-terrorist Zakaria Zubeidi and five others was facilitated by the Israeli penal system’s extraordinary accommodations for prisoners. In a speech to the House of Commons in 1952, Winston Churchill said, “A prisoner of war is

Hamas fighters march triumphantly through the streets of Gaza on May 22, 2021. (Xinhua) The U.S. retreat from Afghanistan has many experts and commentators scratching their heads over this move and the destruction of the hope that the West could leave

Lessons for Israel from the Taliban Victory

The scenes of a Taliban victory in Afghanistan have resonated very differently in various parts of the world and hold many lessons, especially for Israel. Some in the West have seen a failure of American foreign policy in the region,

Gregg Roman is Director of the Middle East Forum (MEF). As Director, Gregg functions as the Chief Operations Officer for the organization. He is responsible for oversight of day to day management.

Find out about the latest articles, publications and events with our regular updates.